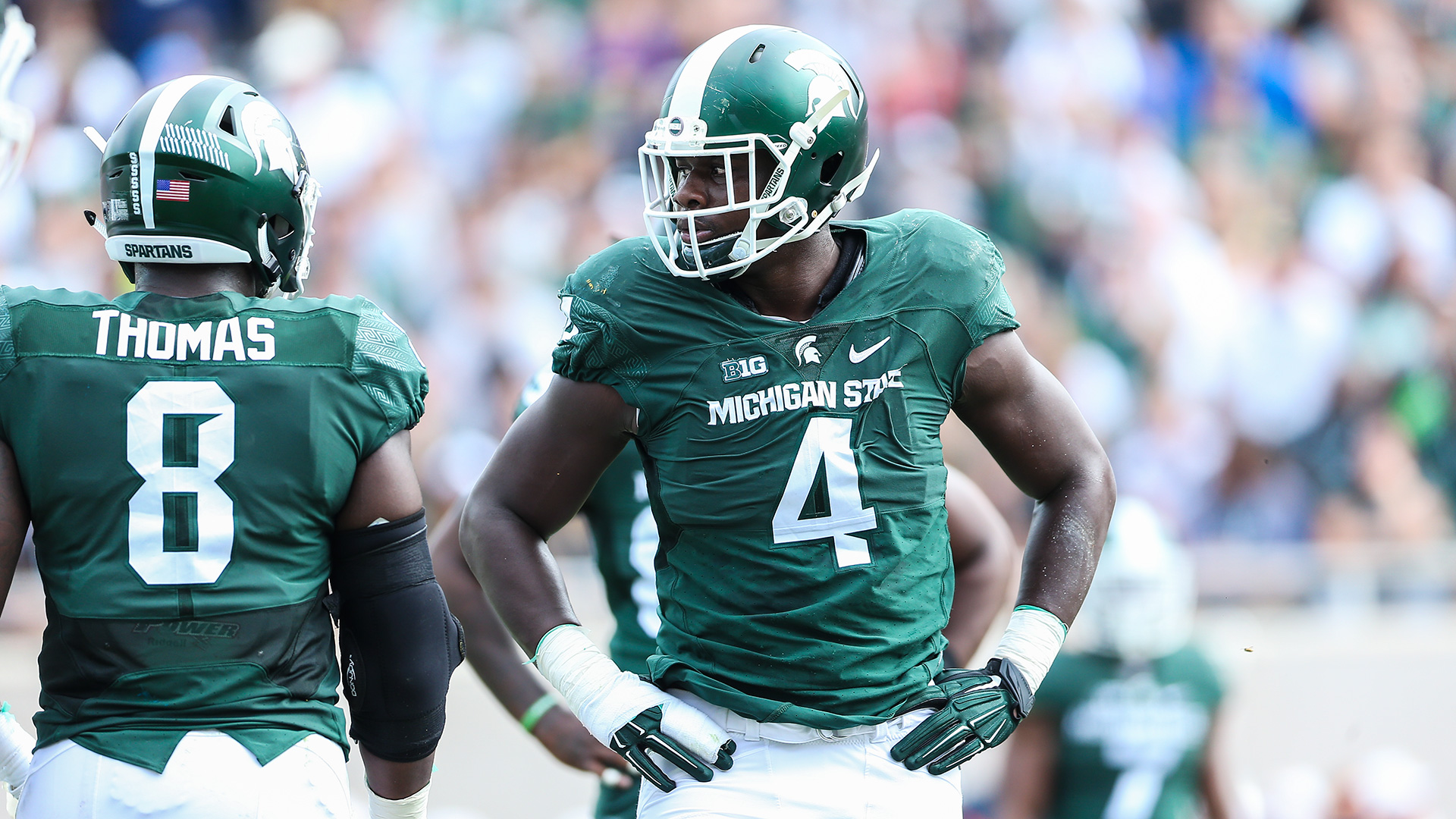 Wrapping up our preview of college football’s opening weekend, we turn to the defense. The New York Giants’ defense has performed above and beyond expectations this preseason, but turning a strong unit into a dominant unit is never a bad idea.

Breaking with how I’ve done the quarterback, offensive line, receiving, and running back previews, I’ll be doing two prospects each from the defensive end, defensive tackle, linebacker, and secondary.

Garrett is the top player on the list, and should be one of the first five (or even three) players drafted this spring. Simply put, he is a prototypical defensive end, with the height, weight, length, and athleticism that the NFL needs. At 6-foot-5, 265 pounds, he is the perfect size for a defensive end, with the speed and quickness to blow past an offensive tackle, and the strength to hold up in run defense. Garrett also has surprising polish and feel for the pass rush despite being just a sophomore. Executives are already comparing him to Khalil Mack and Julius Peppers. While I won’t go that far, Garrett is certainly a talented prospect.

Allen is an interesting prospect, and there will probably be some fights (though hopefully not physical) about what his NFL position is. At 6-3, 290 pounds, he looks like a long, lean, but underweight 3-technique (pass rushing defensive tackle in a 4-3), or possibly a slightly short 5-technique (defensive end in a 3-4). However, he has uncommon quickness, agility, and flexibility for his build which allow him to effectively play defensive end in the 4-3. Not only is he stout at the point of attack, but he also has the physical skills to be a double-digit sack producer at the next level. Players with his skill set and build are just rare.

Note: Another name to keep an eye on is Auburn’s Carl Lawson. More of a 3-4 outside linebacker, Lawson is a lean 255 pounds and very quick off the edge. He has had problems converting potential into production, but if the light switches on he could be a big name this spring.

Long and lean for a defensive tackle at 6’6", 282 pounds,McDowell probably the Spartan’s most disruptive player. Despite having an unusual frame for a 4-3 defensive tackle, he is adept at using his length and quickness to blow past guards and wreak havoc behind the line of scrimmage. McDowell finished the 2015 season with 13 tackles for a loss, 4.5 sacks, two forced fumbles, and a pick six. If he can fill out his frame, he could turn into a similar defensive tackle as Chris Canty.

Another disruptive interrior defender, LSU’s Godcheaux finished 2015 with 41 tackles (9 for a loss), six sacks, and a passed defensed. Godcheaux possesses a fantastic first step to shoot gaps and plenty of lateral agility for stunts and twists. He can wreck passes or run plays behind the line of scrimmage, though he could also stand to get stronger at the point of attack when teams run right at him.

Davis might be exactly what the Giants need at linebacker. Decent size at 6-2, 230, the versatility to play outside or slide inside in the nickel, and the range to be a true sideline to sideline defender. Speaking to Steve Spagnuolo’s defense in particular, Davis is a smart, aggressive, and vocal leader — Everything Spags has been looking for. He is a whirlwind in run defense and rangy and instinctive in coverage. He finished 2015 with 94 tackles (11 for a loss), 3.5 sacks, four passes defensed, and an interception. He’s a difference maker behind a quality defensive line.

Cunningham is going to be one of those players that seems like he came from nowhere to get a ton of buzz from scouts. But he has been a good player for a while. He came to Vanderbilt as a 205 pound athlete, but through hard work has become a 230 pound playmaker at linebacker. He boasts impressive athleticism to go with good size, strength, instincts, and awareness. He was first team All SEC in 2015 after notching 103 tackles, 16.5 for a loss, 4.5 sacks, three passes defensed, and four forced fumbles. He has experience playing in the middle of a 3-4 defense, but his best position is likely on the outside in a 4-3 defense.

Is he a safety? Is he a linebacker? Who cares? Jabrill Peppers is probably the most versatile defensive weapon in college football. After playing safety for two years at Michigan, Peppers is moving to outside linebacker. Though he’s small for the position at 6-1, 210 pounds, his athleticism and playmaking ability leap off the screen — scouts are already saying that he is more athletic than Florida State’s Jalen Ramsey. Depending on how Michigan’s experiment goes, Peppers might be ideally suited for the strong safety-WILL linebacker hybrid that is evolving in the NFL.

A bit undersized, but with quickness, toughness, instincts, and ball skills, Desmond King is a player to watch in the Hawkeyes’ defense. His height, just 5-10, might relegate him to the slot corner role in the NFL, but that might not be a bad thing. He has the quickness and toughness to succeed on the inside where things are crowded and happen quickly. King is a playmaker who can make offenses pay for hurried or off-target passes, racking up 13 passes defensed and 8 interceptions in 2015. He also notched 72 tackles, an important skill for someone who could make his living close to the line of scrimmage.